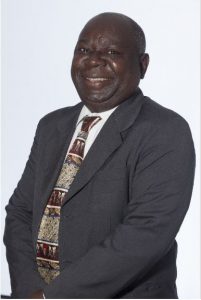 Dr Zinyemba completed Medical Degree training as an Army Cadet in 1986 and did internship (junior Doctor) from 1987 to 1988 at Mpilo Hospital and United Bulawayo Hospitals.  The Zimbabwe National Army deployed him to the Army Referral Hospital at Mbizo Barracks in 1989 to 1990 where he worked as a Medical Officer (Non-combat unit) before being posted to Six Infantry Brigade (Fighting Formation) where he initially served as a Medical Officer before being promoted to Senior Medical Officer holding the Rank of Major.  He ran the Medical Services of the Brigade until 1994 when he left the Army for Wankie Colliery Company where he worked as a Medical Officer until 1999.  He then joined a Group Medical Practice in 1999 as an Assistant, becoming Partner  in 2000 and later, Senior Partner in 2002, a position he held until 2011 when he re-joined Hwange Colliery Company Limited Executive Management team as Medical Services Manager, responsible for the Medical Services Division.  On 05 October 2018 he was elevated to Acting Managing Director, a position he holds to date.

Dr Zinyemba is a holder of an Executive Master of Business Administration Degree from the National University of Science and Technology (NUST) and is a full member of the College of Primary Care Physicians of Zimbabwe (CPCPZ) and an Associate Member of the Institute of Directors of Zimbabwe (IoDZ). He is married to Mary-Anne and has four children.