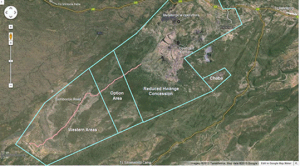 Hwange Coalfield is situated in the North-Western corner of Zimbabwe. The sediments of the area are part of the Karoo system.

The main seam comprising of Vitrinite-rich bright banded coking coal and durain rich power coal rests directly upon the lower Wankie Sandstone with a conformable contact. The seam forms the base of the unit known as lower carbonaceous mudstone overlain by Wankie fireclay. Generally within the Opencast area this

combination of fireclay and carbonaceous mudstone form the Overburden stripped by Dragline mining operations. In areas where the depth of Overburden exceeds 35 metres, a coarse grained upper Wankie sandstone is encountered usually in the form of a capping on top of small kopjes.

Operations on Chaba mine commenced in February 2006 with overburden production so as to expose coal. First tonne of coal was mined in April 2006 and an overall 22563 tonnes was mined in the same month. The mine’s output has been going up every month since then. It was developed as a new strategy pip to exploit the Chaba East reserve as this presented best option to preserve Hwange Coking Coal (HPC) raw coal mining capacity to levels consistent with established demand as well as opportunities for a consistent supply of low phosphorous coal from the dragline pit that has the greatest potential to capture new markets for locally and exports.

1.1 The Western Areas Coalfield is located approximately 20km south west of Hwange town, adjacent to HCCL’s Mining Lease No.1 (Option Area), in the Deka Safari area. The Company was issued with Special Grant 5950 to explore for coal and coalbed methane in the Western Areas Coalfield. In November 2017, Hwange Colliery Company Limited signed a $5,080,364 exploration drilling contract with Fugro Earth Resources Pvt Limited and work is expected to commence in 2018.

1.2 The exploration programme covers the whole Coalfield, but commencing in the potential opencastable area and then extending into the deeper underground areas.

1.3 The main objective of the exploration programme is to produce a SAMREC Compliant Coal Resource and Reserve Statement. The main steps of the programme involve: 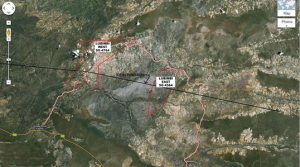 a) Gas desorption tests to be done on coal samples; and
b) An internationally recognised Coalbed Methane Resource / Reserve statement to be produced.